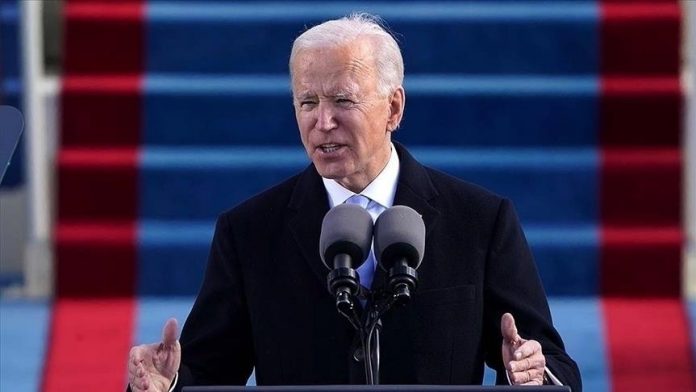 US President Joe Biden spoke with his Afghan counterpart Ashraf Ghani and discussed the situation in Afghanistan.

According to a statement by the White House, the two leaders reaffirmed their commitment to an enduring bilateral partnership.

“President Biden and President Ghani agreed that the Taliban’s current offensive is in direct contradiction to the movement’s claim to support a negotiated settlement of the conflict. President Biden also reaffirmed the United States’ commitment to continue supporting the Afghan security forces to defend themselves,” the statement said.

The US president emphasized they would continue supporting the development and humanitarian aid, for the Afghan people, including women, girls, and minorities.

“The FY2022 request to Congress for $3.3 billion for the Afghanistan Security Forces Fund prioritizes: $1 billion to ensure the Afghan Air Force and Special Mission Wing have the capabilities and maintenance to support ongoing combat operations, including by delivering additional aircraft, such as the three newly-refurbished UH-60 Blackhawk helicopters delivered to Kabul on July 16; $1 billion to purchase and deliver key supplies for Afghan forces such as fuel, ammunition, and spare parts; and $700 million to fund continued payment of salaries for Afghan soldiers,” the statement said.

The two sides “deplored the loss of innocent Afghan lives, including through continued targeted killings, as well as displacement of the civilian population, looting and burning of buildings, destruction of vital infrastructure, and damage to communication networks.”

“The President has also requested an additional $364 million in development and other non-humanitarian assistance for the State Department and USAID for FY2022,” it said.

Biden urged continued work for unity among Afghan leaders on behalf of the Islamic Republic of Afghanistan and the values on which it is based.

The statement said the two leaders discussed the importance of Afghans coming together to support their common interest in security and peace, with Biden underscoring the continued US diplomatic engagement in “support of a durable and just political settlement”.