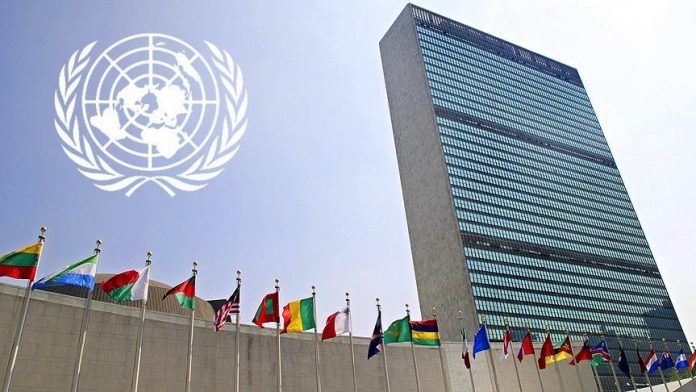 The UN on Friday said it is “deeply concerned” by recent incidents in Bosnia and Herzegovina and in Serbia that saw individuals glorifying war crimes and convicted war criminals, triggering anxiety and tensions in communities.

Liz Throssell, a spokesperson for the UN High Commissioner for Human Rights, said at a UN news conference that the incidents target specific communities with hate speech and, in some cases, directly incite violence coming in a year both countries have elections scheduled.

Throssell said the songs call for the takeover of some locations in the former Yugoslavia, and in one incident, individuals fired shots into the air as they drove past a mosque.

The acts took place in several locations in the Republika Srpska entity of Bosnia and Herzegovina, including Bijeljina, Prijedor, Foca, Gacko, Visegrad, as well as in the Brcko District, and Priboj and Novi Pazar in Serbia.

“This is a year when elections are due in Serbia in April, and then in October in Bosnia and Herzegovina, where the political environment is already extremely tense,” said Throssell.

The UN rights office official said some of the incidents were in locations that saw large-scale atrocity crimes during the war in Bosnia and Herzegovina, such as Prijedor and Foca.

Throssell said the failure to prevent and sanction such acts, which fuel extreme anxiety, fear, and insecurity in some communities, is a significant obstacle to trust-building and reconciliation.

“The rise in hate speech, the denial of genocide and other atrocity crimes, and the glorification of war criminals in the Western Balkans highlight the failure to address the past comprehensively,” she said.

The UN rights office stressed that the authorities in Serbia and Bosnia and Herzegovina must abide by their international human rights obligations to ensure the rights to truth, justice, and reparation.

“We call on them to condemn and refrain from any advocacy of national, racial, or religious hatred,” said Throssell.

Serbia’s President Aleksandar Vucic had said Wednesday the country would show no mercy to those who violate peace, alluding to a recent nationalist incident in the southwestern Serbian town of Priboj that he visited following some anti-Bosniak incidents.

“All those responsible for causing trouble will be sanctioned, and we must teach our children how to live together,” said Vucic.

“Priboj is a test whether we are humans or not, and it must not happen that children sing to someone about shooting at mosques,” Vucic said, adding: “As we respect our churches, icons, and monasteries, we must respect our Muslim neighbors.”