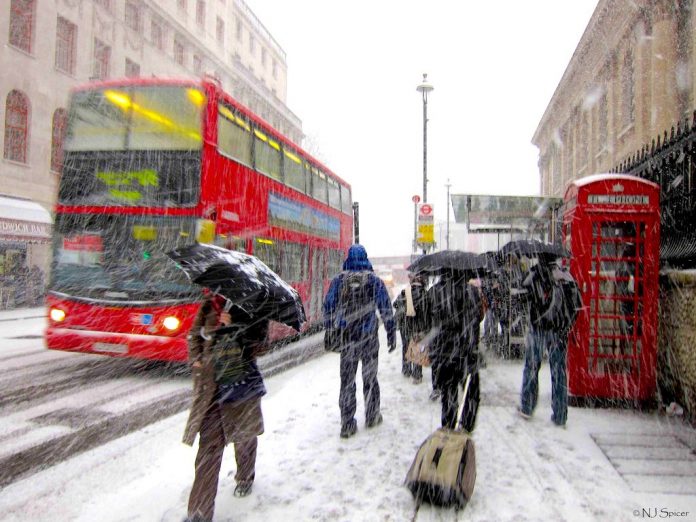 The UK is set to face plunging sub-zero temperatures as snow and gales are forecast for later this week.

The Met Office warned that significant weather changes are approaching after weeks of mild weather in most parts of the country.

Colder Arctic floods are heading southward this week, with some areas expecting to see snow as early as Friday, the Met Office said.

“A change is on the way, it turns increasingly windy to the north and west of Scotland as heavy rain moves in by the end of the afternoon – some lively gusts of 50-60mph wind gusts associated with this heavy rain,” Met Office meteoreologist Aidan McGivern said.

“Also some colder air bringing some snow to the higher parts of Scotland and northern England.”

The predicted Arctic plunge is forecast to bring temperatures to as low as -3C from Thursday night into Friday and over the weekend as Scotland and northern England are set to see about 5cm of snow in some parts of the region.

London is also predicted to see a sharp drop in temperature on Friday, with conditions plummeting by 4C.

Weather Outlook forecaster Brian Gaze also told the Express: “Pulses of polar maritime air from the north-west could bring brief colder interludes, with showers turning wintry in the north and over the Welsh mountains.”

The Met Office forecast for Friday until Sunday reads: “Friday cold with sunny spells and blustery showers, wintry in the north.

“Milder at the weekend, with periods of rain particularly across the northwest. Still some brightness for eastern areas.”

Wednesday is expected to be cloudy for many, with patches of light rain and drizzle moving eastwards.

The rainfall is forecasted to be heavier in the far northwest. It will be brighter in the south with mild and breezy weather.

On Thursday, squally rain will sweep the southeast, followed by sunshine and then wintry showers later.

Brace for a windy weekend ahead after an icy Friday. Temperatures are likely to be mild over the weekend, but with more squally rain and showers following later.