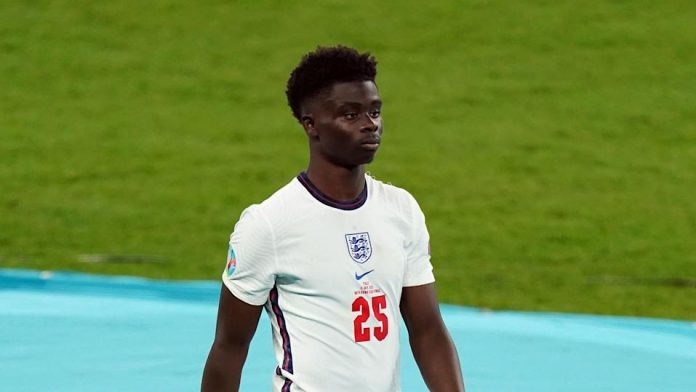 A former Metropolitan Police chief has defended officers following ugly scenes at Wembley at the Euro 2020 final, but said the incident was “a stain on our country’s reputation”.

Hundreds of ticketless fans stormed the stadium last Sunday in an attempt to watch the historic match between England and Italy, pushing past stewards and security.

Former Met deputy assistant commissioner Andy Trotter said the behaviour was “disgusting” but it was “simplistic” to solely blame the police.

“It was disgusting behaviour by fans and it does bring shame on our country,” he told Times Radio.

“When one reads through the accounts… there’s a whole catalogue of issues that need to be addressed.

“I think just to pin it on the police is a bit simplistic because quite clearly there were failings everywhere.

“(But) I’m not trying to defend anyone here because it was an awful, awful event and a real stain on our country’s reputation.”

Mr Trotter said features of the game, such as the 8pm kick-off time on a Sunday, had allowed fans to drink all day and become “insensible”.

“Most football matches go ahead with a degree of drunkenness… but alcohol is a major, major problem,” he said.

“Those people performing last Sunday are the same ones that perform in every town centre across this country on a hot Saturday night.

“Tonight, all over the country those same people will be out getting drunk, getting drugged up and causing huge amounts of problems.”

By July 13, 897 football-related incidents and 264 arrests had been recorded across the country in the 24-hour period surrounding the final, according to the United Kingdom Football Policing Unit.

It took the number of football-related incidents during the tournament to 2,344, and arrests to 630.

Despite the success of the England squad in reaching the final of a major tournament, for the first time in over 55 years, the days after the match were marred by the racial abuse of some players on social media.

Five people have been arrested over social media posts.