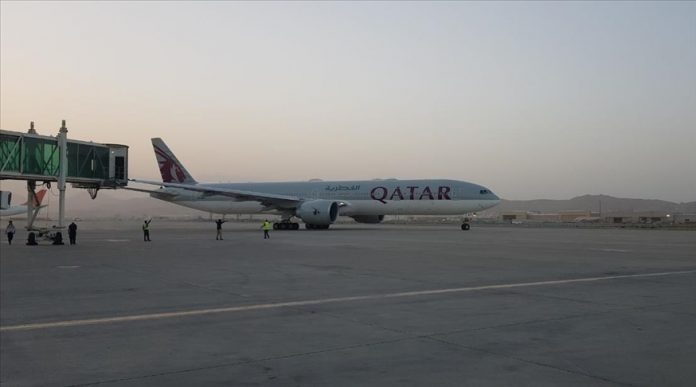 Some 150 Afghan dual nationals left Afghanistan for the US on a Qatar Airways flight on Thursday.

The plane departed from Kabul’s Hamid Karzai International Airport and will first head to Qatar’s capital Doha, according to Abdul Hadi Hamdarda, a Taliban official at the airport.

Only passengers with foreign passports and valid travel documents were allowed to board the flight, he told Anadolu Agency.

This was the first such flight to leave Kabul since foreign countries, including the US, concluded the evacuation missions launched after the Taliban completed their takeover on Aug. 15.

Since the Taliban seized control of Afghanistan, Kabul has been swarmed by people seeking a way out of the country, many of them civilians who worked with foreign forces or groups and now fear retribution.

Arriving at the airport early on Thursday morning, three young men – two from the central Uruzgan province and one from Kunduz in the north – told Anadolu Agency that they were due to board a flight heading to the US.

Ezzda, who hailed from Kunduz, said he worked with an American company and showed his official credentials, which he said made him eligible for relocation to the US.

Nasrullah and Samiullah, two brothers, also had documents proving they worked as interpreters for the US.