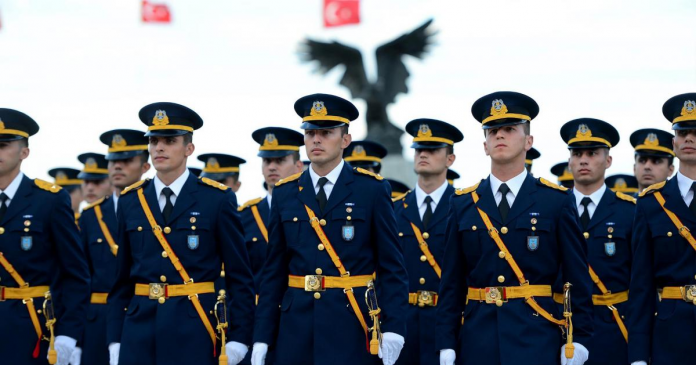 Three suspects arrested in an operation against the Gülenist Terror Group (FETÖ) last week admitted that they made it into military schools thanks to the group’s other members supplying them with the questions and answers to an exam beforehand.

The suspects were among 142 arrested in operations in the western province of Izmir. They invoked a “remorse law” that offers lenient sentences in exchange for valuable information about the terrorist group. They confessed that they passed the exam for admission to a military college with good marks as they had memorized the questions and answers the group secretly gave them.

The terrorist group had employed its infiltrators in the Turkish Armed Forces (TSK) on July 15, 2016, for a coup attempt. The attempt was foiled thanks to a strong public resistance and thousands of FETÖ members, including top military officers, were arrested. Since then, the group faces renewed scrutiny, with security forces carrying out operations almost on a daily basis to uncover more of the group’s secret network of infiltrators.

In operations based in Izmir and other provinces, a colonel, a major and soldiers of lower ranks from all branches of the army, were arrested. Some among them were active-duty soldiers while others were former officers and cadets expelled earlier on the suspicion of links to the terrorist group.

B.Ö., one of the suspects who confessed to the exam fraud, told investigators that he received some questions for the exam in “handwritten form” one day before the exam. Security sources did not disclose the year of the exam, nor its location. He was staying in a “study house” run by FETÖ, a type of informal dormitory for the group’s student recruits picked for military exams.

“Questions and answers were given to others in the house as well and we memorized them throughout the night. In the end, we passed the exam,” B.Ö. said. He claimed he tried to sever his ties with the group while attending the military school. “But they opposed it and tried to expel me from the school. First, (officers at the school linked to FETÖ) lowered my marks. Then, I faced disciplinary action,” he said.

E.C.K., a former cadet, said he was in seventh grade when a deputy director of a prep school he was attending took him to a house operated by FETÖ. “I had told him earlier that I wanted to attend military school. He took me and five other friends at the prep school to the house. There, they gave us questions and answers for the exam. We all scored high in the exam,” he confessed.

The terrorist group is already implicated in a string of frauds in exams used as a steppingstone for its infiltrators in the public sector. Earlier, investigators also discovered that group members at military schools helped new recruits pass the admission interviews with a secret coding system and resorted to hazing to force cadets not loyal to FETÖ to quit the schools.