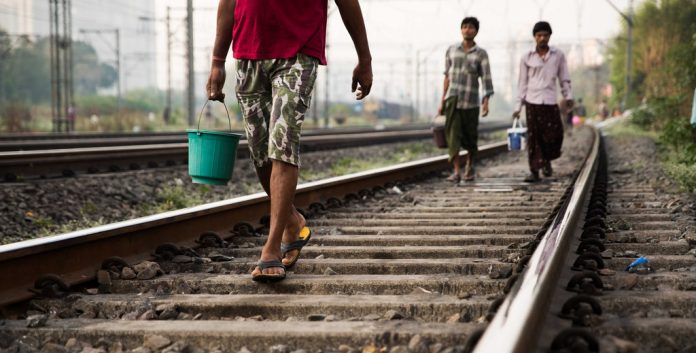 Ahead of World Toilet Day, experts say gaps should be addressed in country’s largest program which aims to eliminate problem.

On the eve of World Toilet Day, which is being observed on Friday, Indian experts say there is a need to address the gaps to ensure 100% usage of toilets constructed under the Swachh Bharat Mission (SBM) — India’s largest program to eliminate open defecation and improve solid waste management.

Prime Minister Narendra Modi, who launched the Swachh Bharat Mission after coming to power in 2014, said last month that the construction of more than 100 million toilets has taken place in the country.

While experts say there has been impressive growth as stated in the construction of individual and community toilets, some gaps remain in providing sanitation facilities to all.

“The gaps identified in the implementation of SBM I are the O&M (Operation and Maintenance) of individual and community toilets, safe containment, the transportation and disposal of fecal sludge and septage, and the discharge of untreated grey and black water into water bodies,” Suneel Pandey, director of the Environment and Waste Management Division at the New Delhi-based Energy and Resources Institute, told Anadolu Agency.

“The gaps identified need to be addressed to ensure 100% toilet usage. This is now the focus of SBM II initiated this year.”

Pandey added that “overall due to these reasons, many toilets, though constructed, were not used.”

Last month, when Modi launched ‘Swachh Bharat Mission-Urban 2.0,’ he said the aim is now to make cities garbage-free. The premier also said that in 2014, people took a pledge to make the country open defecation free, or ODF, and they fulfilled this pledge.

Even though India was declared open defecation free by the government in October 2019, a report of the Joint Monitoring Program for Water Supply, Sanitation and Hygiene by the World Health Organization and UNICEF released in July said around 15% of the country’s total population defecates in the open.

Sumon Mor, an associate professor in the department of environment studies at north India’s Panjab University, also agreed that some people still defecate in the open.

Stating that there is a need to conduct continuous awareness activities to ensure that —each one uses the toilets, Mor said the number of people who are defecating in the open is not large and “these are behavioral issues and need to be addressed considering a specific region’s customs and cultural practices.”

According to Mor, understanding local “customs and culture to address the misconception” about open defecation is key.

“We need to adopt a life cycle approach starting from building toilets to environmentally sound and safe sewage disposal which will help achieve universal coverage to safe toilets and sanitation for all,” she said.

“We need to value the toilet, and this becomes specifically important for the vulnerable population and considering the consequences of climate change.”

While India is continuously building toilets, how much success has the country achieved in sewage management and also keeping the toilets clean?

Mor said that after building the toilets, the focus of the Swachh Bharat Mission “is shifting to community-managed sanitation systems focusing on scientific solid and liquid waste management systems for overall cleanliness in the rural areas.”

“This is an important aspect under SBM to minimize the risk to human health and the environment,” she said.

Pandey from the Energy and Resources Institute said that under the Atal Mission for Rejuvenation and Urban Transformation (AMRUT) — a program aimed at ensuring that every household has access to a tap with the assured supply of water and a sewerage connection.

“AMRUT has provided 62 lakh [6.2 million] sewer connections, enhancing coverage to 2.5 crore [25 million] beneficiaries. AMRUT has also significantly contributed towards the creation of a voluminous treatment capacity of wastewater, adding 950 –mld (millions of liter per day) capacity of STPs [sewage treatment plants], of which 862 –mld- wastewater is being recycled/reused,” said Pandey.