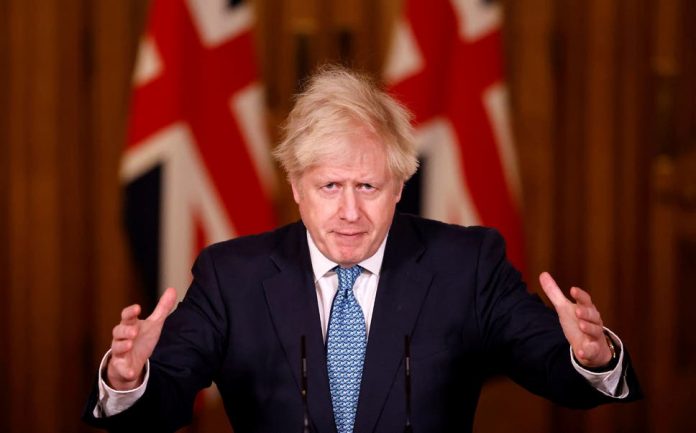 Boris Johnson has insisted the Government will investigate ways of extending HS2 to Leeds amid anger over an expected scaling back of railway plans for the North.

The Department for Transport (DfT) will, on Thursday, publish its Integrated Rail Plan (IRP) featuring £96 billion of investment in the Midlands and the North which is expected to show major revisions to previously announced goals.

While the Government has touted the programme as part of its move towards levelling up the country, it is expected to confirm the eastern leg of HS2 will be scrapped between the East Midlands and Leeds, savings tens of billions of pounds.

Concerns have also grown over expected work on east-west connections across the North, known as Northern Powerhouse Rail (NPR), which are likely to involve upgrades to existing infrastructure rather than a new line between Manchester and Leeds.

Writing in the Yorkshire Post, the Prime Minister said the Government’s planned investments would still mean “faster journeys, to more places, more quickly” for Yorkshire, while confirming a new study to plan how best to eventually link Leeds to the HS2 network.

The Post reported the IRP was expected to confirm the HS2 route to Leeds would be axed in favour of a Birmingham to East Midlands Parkway line.

High-speed trains would travel on slower track to Sheffield, meaning HS2 trains would reach Yorkshire but the high-speed line itself would not, the paper said.

In his column, Mr Johnson wrote: “HS2 will come to Sheffield, meaning a trip to or from London will take just one hour 27 minutes – precisely the same as under the old HS2 plans.

“We’ll look at how to get HS2 to Leeds too, with a new study on the best way to make it happen.

“But high-speed rail is grindingly slow to build. Under the original blueprint, first drawn up more than a decade ago, Yorkshire would have not have seen the benefits of our investment until at least the 2040s. Levelling up can’t wait that long. And towns like Wakefield, Doncaster, Dewsbury and Huddersfield would have suffered as trains were taken off the existing main lines.”