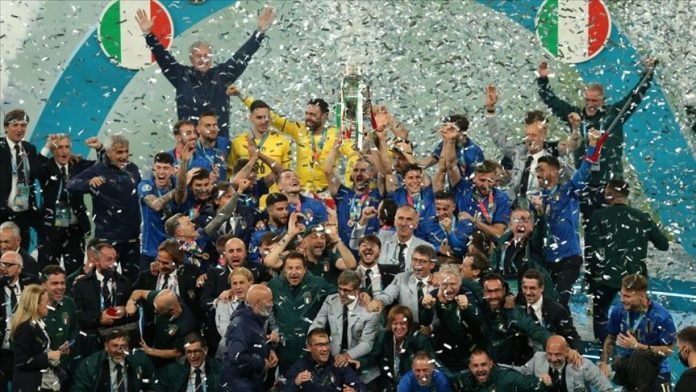 “Having dominated viewer ratings throughout the months of June and July 2021, the eagerly awaited tournament left its mark in viewership history, landing audiences that rank amongst the most viewed moments of all time and breaking live streaming records along the way,” the European football’s governing body said in a statement.

It added that EURO 2020 was the first major organization since the beginning of the coronavirus pandemic, and was completed successfully.

The EURO 2020 was available in 229 territories through 137 broadcasters as it attracted a 5.23 billion cumulative live match audience.

A total of 328 million fans watched the final between England and Italy, equaling the record of the previous tournament held in 2016.

With 7.5 billion interactions and two billion views on the UEFA social media accounts, the EURO 2020 became the most engaged European Championship.