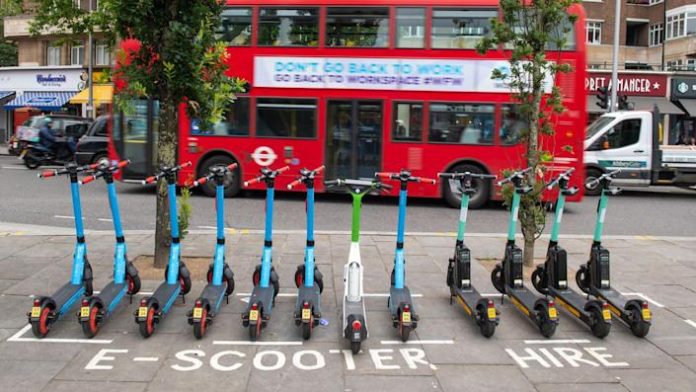 E-scooters injured 131 pedestrians in Britain over 12 months, according to new figures.

Thirty-seven of the casualties suffered injuries described by the Department for Transport as “serious”.

Other road users injured in e-scooter collisions in the year ending June include 36 cyclists and 32 vehicle occupants.

Twenty-one children under 10 were injured.

The figures also show that three e-scooter users were killed in crashes, and a further 729 were injured.

E-scooter rider Shakur Pinnock, 20, died in hospital in June, six days after he was involved in a crash with a car in Wolverhampton.

Most rider casualties were aged under 30, including seven who were younger than 10.

Some older riders were also injured, including four aged 60-69 and one who was at least 70.

No other vehicle was involved in around a fifth of e-scooter accidents.

The figures do not distinguish between incidents involving e-scooters which were rented or privately owned.

Private e-scooters cannot legally be used in the UK except on private land, but are a common site on roads and pavements in urban areas.

Dozens of legalised e-scooter rental schemes have been launched in towns and cities across Britain since July 2020 as part of Government trials, despite long-running safety concerns about the devices.

Charity Guide Dogs has called for the sale of private high-speed e-scooters to be banned, and expressed fears that their use means some people with sight loss are being forced to change their route or completely avoid independent travel.