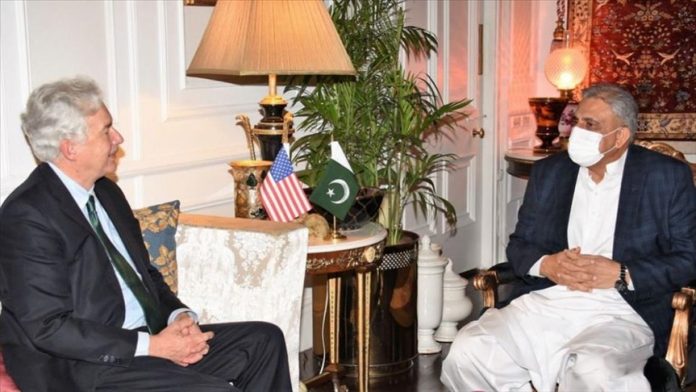 “It was reiterated that Pakistan remains committed to cooperate with its international partners for peace in the region and ensuring a stable and prosperous future for Afghan people.”

The readout added that the CIA chief praised Pakistan’s role in Afghan situation including successful evacuation operations, efforts for regional stability and pledged to play his role for further improvement in diplomatic cooperation with Pakistan at all levels.

The meeting comes in the backdrop of an interim Afghan government announced by the Taliban. The group had taken over the country mid-August as foreign troops were withdrawing after a 20-year involvement.

Pakistan, which is said to have influence over the Taliban, says it is closely following the evolving situation in Afghanistan.​​​​​​​