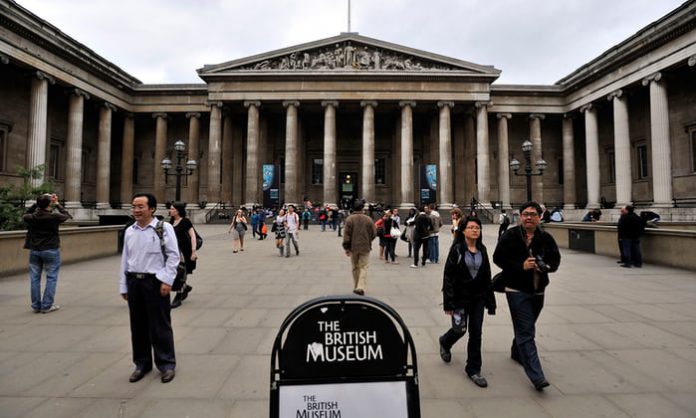 The gallery explores the cultures of China and South Asia through a range of magnificent objects.

One half of the gallery presents the histories of China from 5000 BC to the present. From iconic Ming dynasty blue-and-white porcelain to delicate hand scrolls, from exquisite Tang dynasty tomb figurines to contemporary ink paintings, the displays feature calligraphy, painting, jade, silk and porcelain.

Some of the modern artworks are on display for the first time in this gallery as the museum seeks to present a glimpse of present China.

The other half of the gallery presents South Asia’s many histories chronologically and by region, from early human occupation to the present. Highlights include seals from the Indus civilization, superb south Indian sculptures of Shiva and one of the finest statues of the goddess Tara from Sri Lanka, sophisticated paintings and objects from the courts of the Mughal emperors, and paintings by the Nobel laureate Rabindranath Tagore.

Hartwig Fischer, the Director of the British Museum told Xinhua that the museum has upgraded the floor, the air-conditioning, light and exhibition structure in a bid to allow the collections to be better seen and understood by the Museum’s seven million annual visitors.

“Obviously, it’s about China and its glorious history in its different epochs. It’s about giving visitors to the British Museum the opportunity to engage with these much more than five thousand, six thousand years of history. Because it goes all the way back to prehistory and taking it up to the present,” said the director.

The gallery also has incorporated various rotating light-sensitive objects such as paintings, prints, and textiles.

The gallery, located at Room 33, the largest in the museum at a length of 115 meters, has its phased opening from 10 Nov when the Queen Elizabeth II visited it.