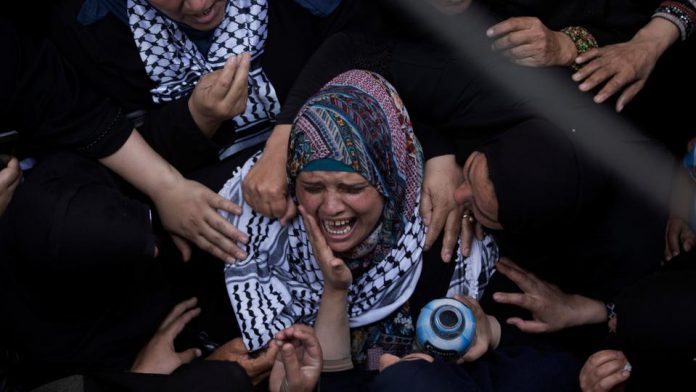 United Nations Secretary-General Antonio Guterres on Saturday expressed his “grave concern” over the dangerous escalation of violence in Gaza and southern Israel.

“I deeply regret the loss of life. It is imperative that all sides urgently step back from the brink of another devastating conflict,” the secretary-general said in a statement.

“I call on Hamas and other Palestinian militants to cease the launching of rockets and incendiary kites and provocations along the fence. And Israel must exercise restraint to avoid further inflaming the situation,” said the UN chief.

“I encourage all to engage with the UN, and particularly my special coordinator, and work to find a way out of this dangerous situation. Any further escalation will endanger the lives of Palestinians and Israelis alike, deepen the humanitarian catastrophe in Gaza and undermine current efforts to improve livelihoods and support the return of the Palestinian Authority to Gaza,” he noted.

Four Palestinians were killed and some 210 Palestinians wounded on Friday during fierce fighting between Israel and Hamas, the most serious one in the Hamas-ruled Gaza Strip since the 2014 Israel-Gaza conflict that killed thousands.

The attack began after an Israeli soldier was killed during operational activity near the southern Gaza Strip on Friday. The soldier was the first one to be shot dead by Palestinian fighters since 2014, the Israel Defense Forces said.