Turkish energy minister Fatih Donmez says Ankara would continue to import natural gas in line with its long-term supply deal with Tehran, and hopes the planned Turkey-US talks in Washington could produce a solution for the issue.

Turkey will continue to buy natural gas from Iran despite US sanctions, Turkey’s energy minister said on Wednesday, a day after US President Donald Trump threatened that anyone trading with Iran will not do business with America.

However, Fatih Donmez said Turkey would continue to buy gas in line with its long-term supply deal with Tehran, and added that planned talks in Washingtoncould produce a solution for the issue.

Turkey is dependent on imports for almost all of its energy needs and Iran is a key supplier of Ankara’s natural gas and oil purchases.

While the Turkish refiner Tupras has already cut back on oil shipments from Tehran, a complete halt of energy imports would be near impossible.

“A delegation of ours is in the United States right now and negotiations are being held on a series of matters including the sanctions issue,” Donmez told broadcaster A Haber.

“I think a good outcome will emerge from this dialogue.”

A Turkish delegation is in Washington to discuss growing friction between the NATO allies over differences regarding the trial of US pastor Andrew Brunson in Turkey and also on Syria policy.

“The meeting will be led by our deputy secretary John Sullivan.”

‘Can’t leave our citizens in dark’

Donmez said Turkey’s long-term supply contract with Iran was valid until 2026 and Ankara was set to buy the 9.5 billion cubic metre of the contract amount.

“We will be continuing this trade [with Iran] as we can’t possibly leave our citizens in dark,” he said.

Trump unilaterally pulled out of a 2015 deal to curb Iran’s nuclear programme and said firms doing business with Tehran would be barred from the United States, as new US sanctions against Iran took effect on Tuesday.

The sanctions target Iran’s purchases of US dollars, metals trading, coal, industrial software and the auto sector and did not include Iran’s oil exports, but global oil prices rose on anticipation.

US sanctions on Iran’s energy sector are set to be re-imposed after a 180-day “wind-down period” ending on November 4.

Donmez described the sanctions as “unilateral.”

“Even European Union (EU) is extremely annoyed by this. We are conducting legitimate trade here,” he said.

“And this is important for us in terms of supply security as well.” 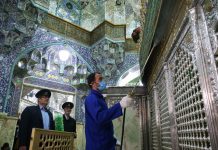 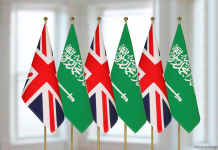 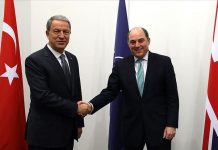