It is crystal clear that Turkey has been making extremely pronounced moves in the field of defense in the past few years.

We have en masse witnessed the fruits of these initiatives on the battlefield.

Remember, at the beginning of the year, foreign media had stated that “Turkey is playing a game-changing role with its drones in modern warfare” in its operation in Syria’s Idlib.

Thanks to the progress in technology, there is almost no room for the Kurdistan Worker’s Party (PKK) terror group to breathe, and thanks to those very same drones, the trajectory of the civil war in Libya was altered.

On the other hand, in a time when countries are holding their cards very close to their chests, these are developments that prove the significance of the steps taken to nationalize Turkey’s defense.

Yesterday I met with Turkey’s Defense Industry Minister İsmail Demir on a TV program on Kanal 7.

When we take a look at the progress made since 2014, we can say that Demir, who has been in his position for six years now, has “shifted Turkey’s defense industry into turbo mode” during this period.

The number of Turkish companies ranking in the world’s top 100 defense firms reaching 7 this year, and the fact that the number of defense projects climbed to 700 from 300 in six years are proof of this.

In our meeting yesterday, I spoke with Demir on hot-button defense industry projects and topics.

This is a summary of the questions I asked Demir as well as his responses:

As the Turkish armed Forces use national weapons in its operations, Turkey has accumulated quite a bit of experience. What impact did this accumulated experience have on your projects?

Our personnel are in close contact with the operators of our products and they receive updates from the battlefield. On some matters action was taken immediately and adjustments were made. Even during Teknofest, a group of our co-workers traveled to other provinces and came back with feedback. With the news from there, we determined what we needed to do about some improvements or the launch of some new products.

We can see that Greece is making moves to shift the power balances in its favor against Turkey. It’s purchasing new fighter jets from France and strengthening the F-16 fighter jets? Do these developments make you anxious?

These developments are being closely monitored, however we cannot say that they are a cause for disquiet. They place certain orders, to procure certain items, but we ourselves are making moves in the defense industry with our own means. The procurement and development of certain systems could take some time. If tensions escalate and lead to clashes, steps could be taken to enforce more urgent measures. However there is no need for anxiety.

What is the latest news on the F-35 fighter jets?

Our approach regarding the [U.S.] program has not changed. We stand behind our agreement and have fulfilled its terms. The other side violated the deal. Thus, once again we have put forth our aspect of being a great state on the table, and this is the attitude we are upholding. We will cross the bridge of discussing other criteria when we get to it.

If the U.S. is to sell the F-35 fighter jets to countries at loggerheads with Turkey, will this be a matter of concern?

I think the word “concern” is unnecessary. No matter how high the mountain is, it can be overcome. I don’t want to venture into technical debates regarding the F-35 jets, but if you just closely monitor the comments being made, whether it be in the U.S. media or on other platforms… Just because the opposing side has F-35 fighter jets, it doesn’t mean all is lost. In today’s technology, if you do not have all the elements of a system, does that system really belong to you. Hence, there is no need to exaggerate the matter. Every measure has a counter-measure.

Armenia launched an attack on Azerbaijani territory. What can you say on the matter?

Azerbaijan is our ally and sister country. Our will displaying our solidarity with them in every way is as clear as day. On the other hand Armenia is completely in the wrong. Even if the two sides were equal, it is clear that there is a belligerent party. Our stance on this matter is clear. We stand by Azerbaijan with all of Turkey’s means. Our defense facilities are at Azerbaijan’s disposal.

How was the third annual Teknofest (Turkey’s biggest aerospace and technology event) that was held in Gaziantep? What do you think of the Turkish youth’s interest in the defense industry and technology?

The increase in interest in our third year really is promising. We have high hopes for the future. But the one thing we always tell ourselves is: We have to put forth a stance that will transform the hope, ebullience and enthusiasm of our youngsters into actual products. It is important to be able to succeed at something, to give our youngsters a taste of the pleasure of success. 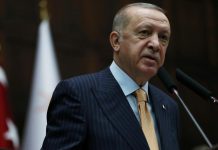 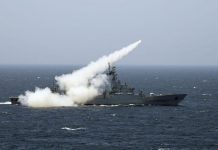 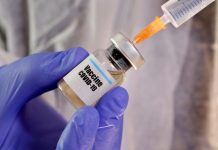